The Laws Regarding Rent Strikes in New York

I. Rent Strikes in General

Rent strikes are not specifically governed by any one law.

1. No landlord shall interfere with the right of a tenant to form, join or participate in the lawful activities of any group, committee or other organization formed to protect the rights of tenants; nor shall any landlord harass, punish, penalize, diminish, or withhold any right, benefit or privilege of a tenant under his tenancy for exercising such right.

2. Tenants’ groups, committees or other tenants’ organizations shall have the right to meet without being required to pay a fee in any location on the premises including a community or social room where use is normally subject to a fee which is devoted to the common use of all tenants in a peaceful manner, at reasonable hours and without obstructing access to the premises or facilities. No landlord shall deny such right.”

RPL§ 223-b prevents retaliation by a landlord against tenant for participating in a tenant’s associations.

II. Preliminary Injunctive Relief for Landlord in a Rent Strike

A preliminary injunction is an extraordinary remedy and should be granted only with great caution upon a showing that a clear right to such relief is appropriate.” Chrysler Corp. v. Fedders Corp., 63 AD2d 567 [1st Dept 1978].

A preliminary injunction may be granted in any action where it appears that the defendant threatens or is about to do, or is doing or procuring or suffering to be done, an act in violation of the plaintiff’s rights respecting the subject of the action, and tending to render the judgment ineffectual, or in any action where the plaintiff has demanded and would be entitled to a judgment restraining the defendant from the commission or continuance of an act, which, if committed or continued during the pendency of the action, would produce injury to the plaintiff. A temporary restraining order may be granted pending a hearing for a preliminary injunction where it appears that immediate and irreparable injury, loss or damage will result unless the defendant is restrained before the hearing can be had.”

In some circumstances, the Supreme Court has been willing to grant landlords injunctive relief against rent strikes, based on findings that the landlords are likely to succeed in their ultimate claim for the withheld rent and that they will be irreparably harmed in the absence of injunctions. “However, for a landlord to succeed in obtaining injunctive relief, the court must also be convinced that the tenants do not have defenses that warrant withholding rent, and that the landlord does not have an adequate remedy at law.” New York Practice Series – Landlord and Tenant Practice in New York, Andrew Scherer, Esq., Hon. Fern Fisher, § 19:10.

An example of where a court granted landlord an injunction during a rent strike was Fairfield Presidential Associates v. Pollins, 85 AD2d 653 [2nd Dept 1981]. Pollins was an action arising out of rent strike to protest a rent increase. The court in Pollins held that landlord was entitled to preliminary injunction to restrain defendants from collecting rents from fellow tenants where landlord showed likelihood that it would succeed on the merits and there was a clear showing of irreparable harm unless temporary relief was granted. In Pollins, the rent strike was over something other than needed repairs. Pollins, unfortunately, does not have a lot of facts, so its hard to be sure what the court was basing its reasoning on.

A case widely cited in this area is Ansonia Associates v. Ansonia Residents’ Ass’n, 78 AD2d 211 [1st Dept 1980]. In Ansonia, the court also granted landlord an injunction. In Ansonia the plaintiff had purchased a deteriorated hotel with the intention of engaging in an extensive rehabilitation program, expending in excess of $1.7M for improvements. The tenants’ association was soliciting, collecting, and withholding rent payments. The problem for landlord in Ansonia was that no previous relationship existed between the owner and the tenants nor was there an identity established between the association and its member tenants. Landlord, therefore, had a dilemma about how to continue meeting operating costs and providing essential services to all tenants when over 300 of them were withholding one hundred percent of their rent and paying it to association. The Appellate Division determined that it would be appropriate for the Supreme Court to retain jurisdiction in one action rather than to compel the landlord to commence approximately 300 to 350 eviction proceedings against the tenants.

Absent a clear showing that the relief sought is unavailable in the summary proceeding, a preliminary injunction should not be granted. The Civil Court has jurisdiction to grant the preliminary relief requested [citations omitted throughout]. The Housing Part of the Civil Court was designed for resolution of the type of disputes involved in this litigation and is the preferable forum.

Only when a party is unable to obtain complete relief in the Civil Court, should the Supreme Court intervene. When it can decide a landlord/tenant dispute, as in this case, it is desirable that it do so…”

To require the landlord to commence separate eviction actions in Housing Court would not be so onerous as to constitute an inadequate remedy at law. Moreover, the [tenants] have documented a long history of grievances with respect to their defense of breaches of the warranty of habitability which tends to negate landlord’s contention of likelihood of success on the merits…

Finally, … the equities tip in favor of Higbee. In New York, under RPL § 230(1) the rights of tenants to organize is well protected by associational and speech freedoms.”

Where injunctive relief is granted, it is to be molded to fit the circumstances so as to preserve the status quo to the extent possible; in determining the nature and extent of such relief, a balance of equities must be struck to effect substantial justice and to preserve the status quo. Chrysler Corp. v. Fedders Corp., 63 AD2d 567 [1st Dept 1978].

When a party is seeking “ultimate relief” by way of an injunction, the tripartite standards are even more stringently applied, and the remedy more disfavored, as the court’s grant of temporary relief would, in essence, decide the lawsuit. Morris v. Port Authority of New York and New Jersey, 290 AD2d 22 [1st Dept 2002] (Holding that a preliminary injunction is a provisional remedy. A preliminary injunction’s function is not to determine the ultimate rights of the parties, but to maintain the status quo until there can be a full hearing on the merits. By granting, preliminarily, the relief ultimately sought, a court obviates the necessity for plaintiff to prosecute the action to completion.)

Courts have been willing to order tenants who are engaged in a rent strike to provide an accounting of the withheld money to the owner, including interest earned. Accountings have been ordered on the theory that, in collectively withholding the rent, the tenant association in custody of the rent becomes a fiduciary pending a determination of whether the landlord or the tenants are entitled to the money. New York Practice Series – Landlord and Tenant Practice in New York, Andrew Scherer, Esq., Hon. Fern Fisher, § 19:14. Thus, a landlord was entitled to an accounting of money withheld by a tenant association because, until “such time as appellant establishes that its right to these funds is superior to that of respondent-landlord, appellant has a fiduciary obligation to preserve the funds pendente lite.” Ansonia Associates v. Ansonia Tenants Coalition, 155 AD2d 359 [1st Dept 1989], citing Ansonia Associates v. Ansonia Residents’ Ass’n, 78 AD2d 211 [1st Dept 1980].

Additionally, it is not unreasonable for a landlord to request or receive copies of bank statements and two-sided copies of all checks drawn on accounts in which the collected funds were deposited. New York Practice Series – Landlord and Tenant Practice in New York, February 2020 Update, Andrew Scherer, Esq., Hon. Fern Fisher, § 16:36. Any monies collected during the course of a rent strike should be maintained in a separate or segregated account pending the court’s determination. Rent monies should not be commingled with other funds, such as membership fees. Ansonia Associates v. Ansonia Tenants Coalition, 155 AD2d 359 [1st Dept 1989].

Whenever a party is awarded an injunction, courts are statutorily mandated to condition the relief upon the posting of an undertaking representing “all damages and costs which may be sustained [by the opponent] by reason of the injunction.” CPLR 6312(b); see generally J.A. Preston Corp. v. Fabrication Enterprises, Inc., 68 NY2d 397 [1986]. 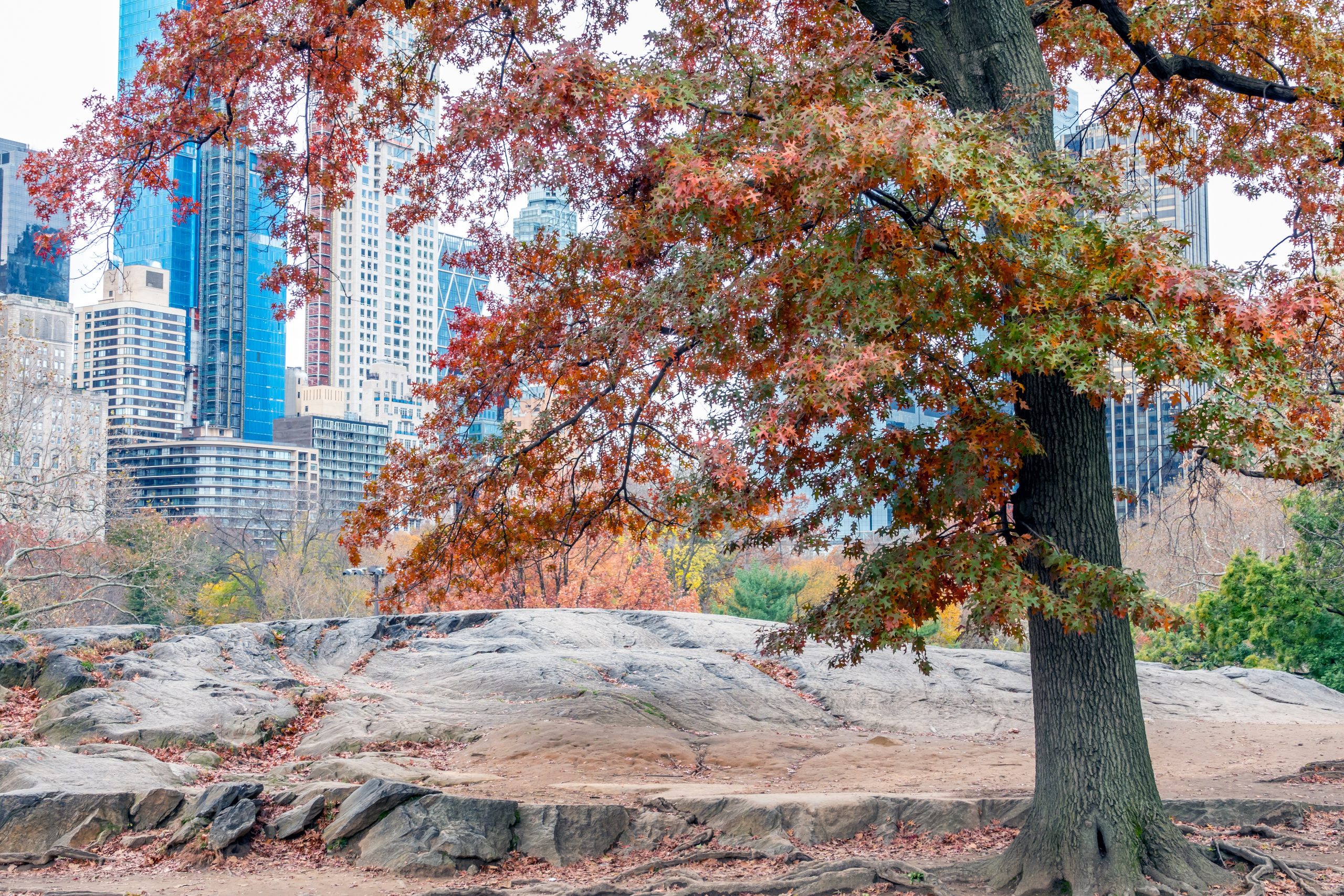 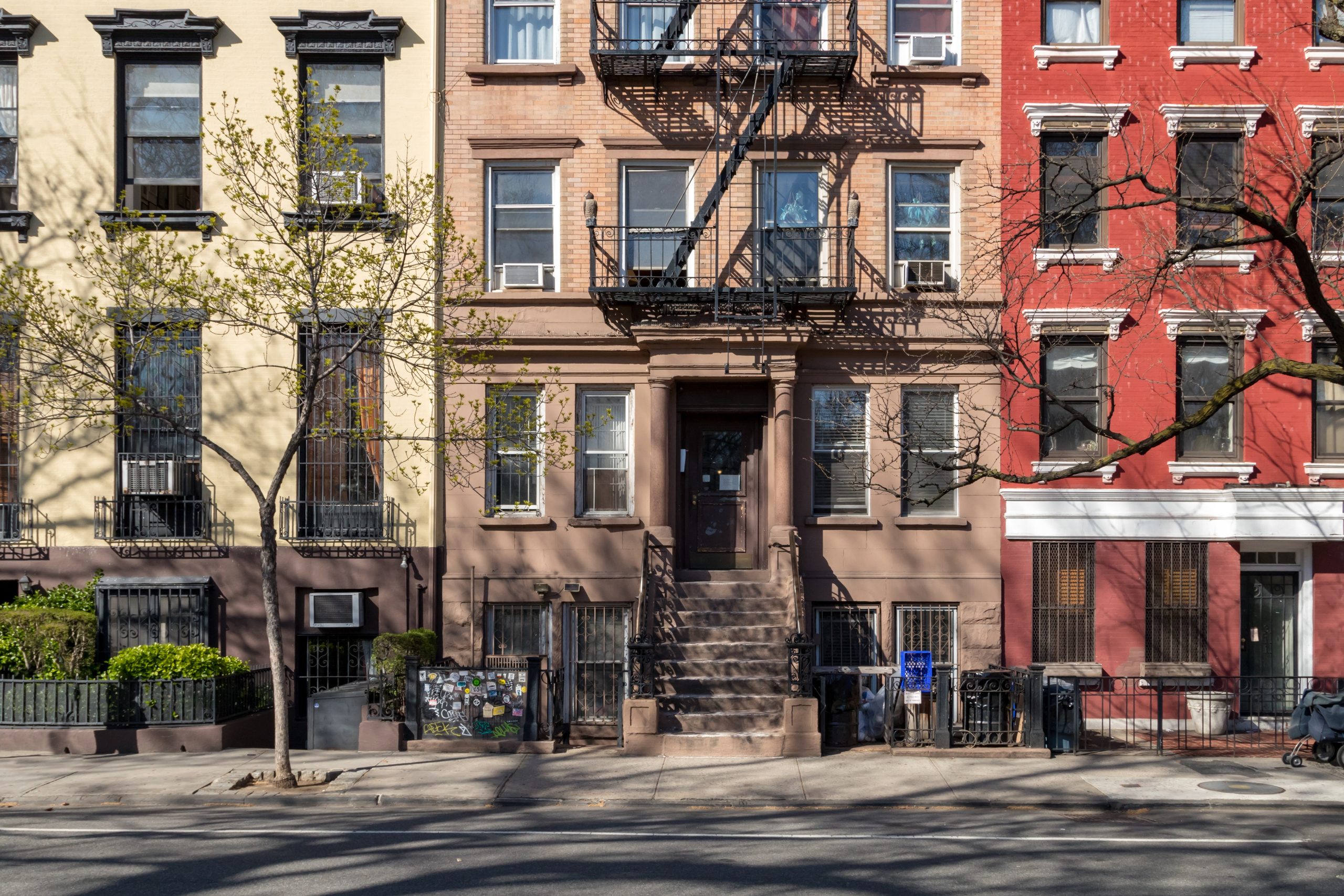 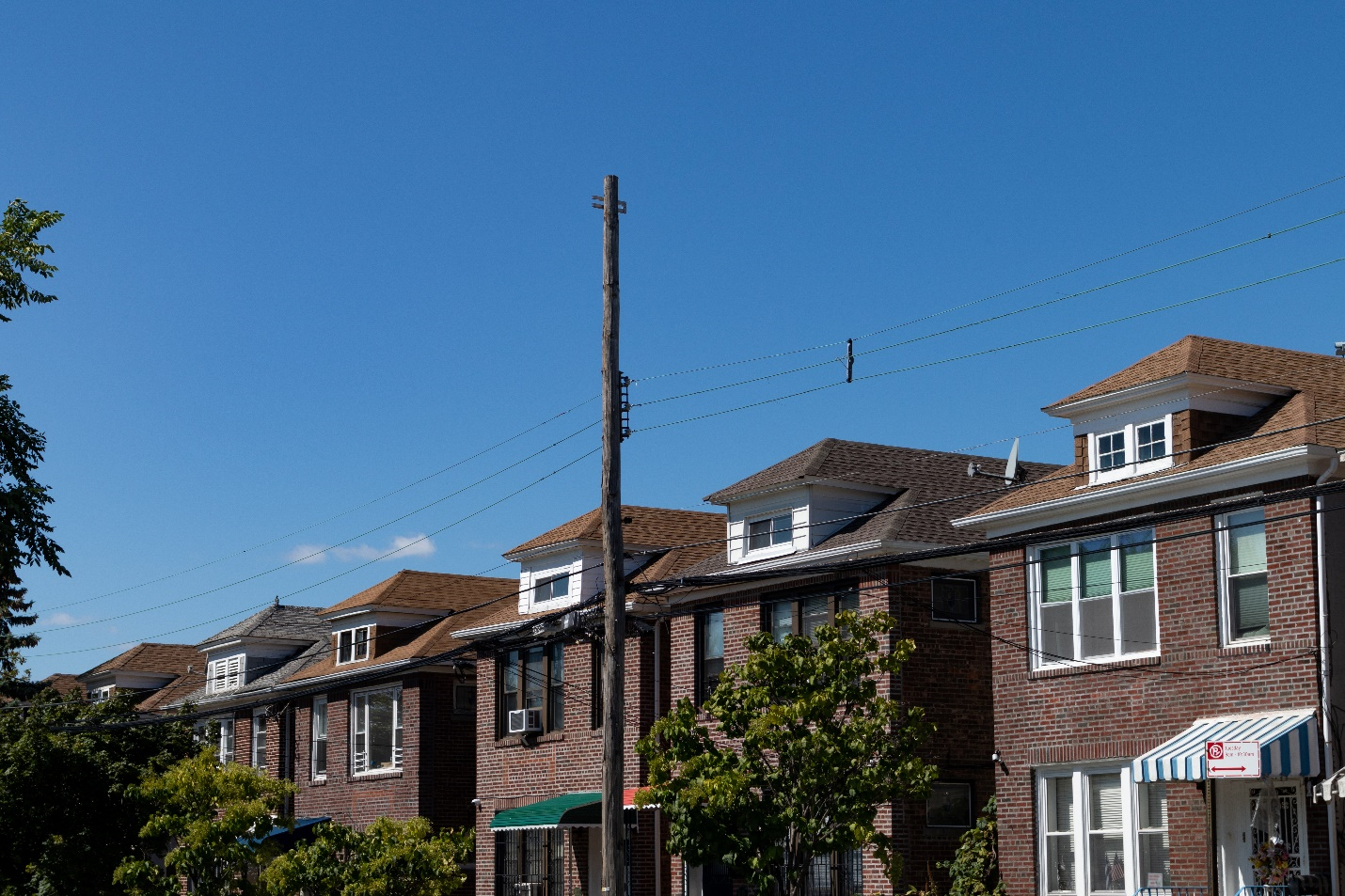 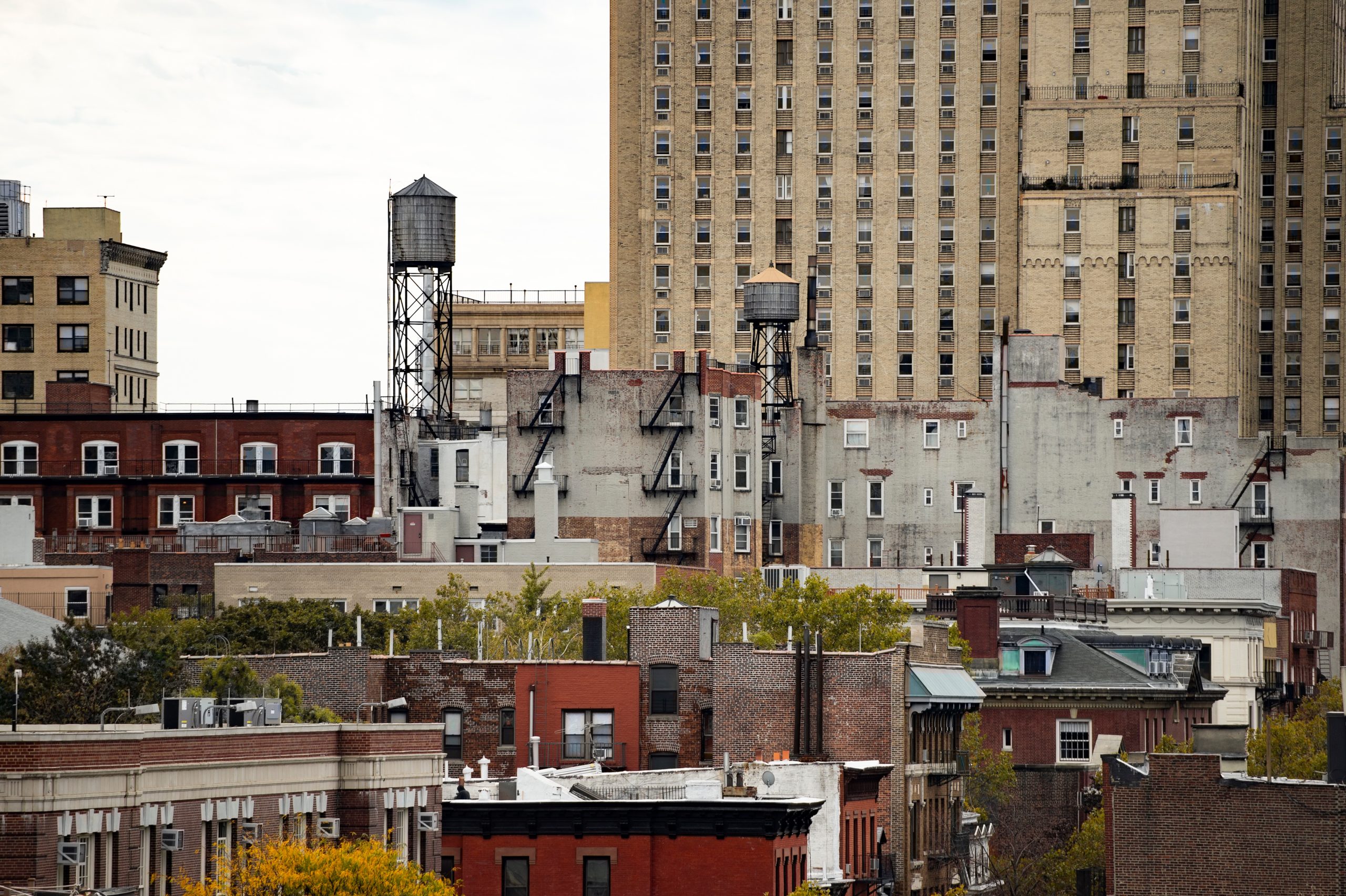